Loading...
Loading...
This Bananas Foster Cheesecake recipe is made with a thick and creamy banana brown sugar filling, cinnamon cookie crumb crust and bananas foster topping! It’s a wonderful combination of bananas, cinnamon, brown sugar and rum that makes the most AMAZING cheesecake! 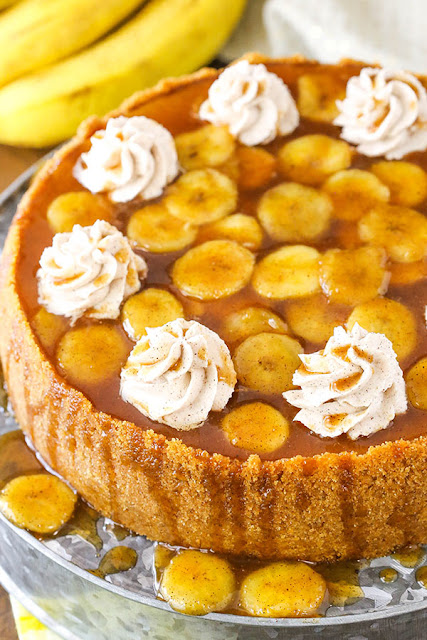 The topping of this Bananas Foster Cheesecake is exactly what you want it to be – bananas foster. One of my very favorite things and it’s so easy to make. 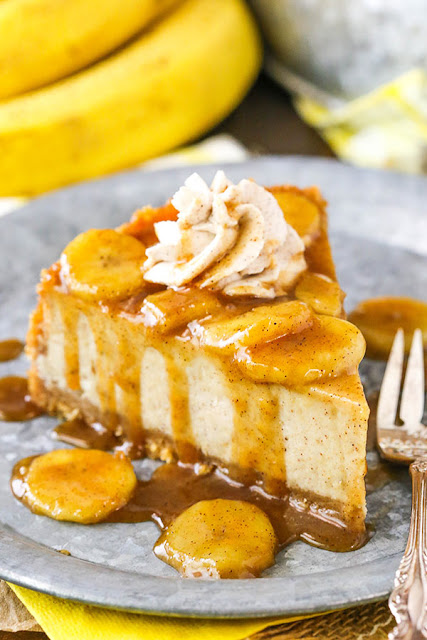 This cheesecake is seriously amazing. Thick, creamy and FULL of flavor! One of my favorites from the cookbook and a recipe my dad goes a little nutty over every time I make it. If you’ve never tried a little rum in your baking before, this is definitely the time and the recipe.