Loading...
Loading...
Zaatar – oregano in Arabic – is ubiquitous at the Middle Eastern table. The oregano is mixed with olive oil as a dip for fresh bread, either on its own or with sesame seeds to make a spice mix. Perhaps most commonly it’s baked into homemade dough to make this mana’eesh, among one of the most popular street and breakfast foods in the region. It’s found in loads of bakeries now. 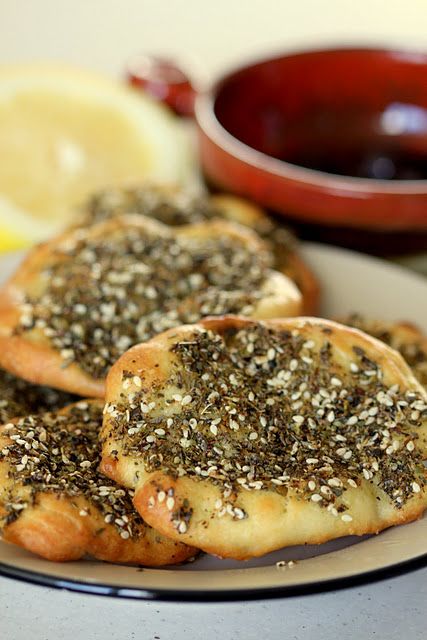 What you’ll notice about the dough is that it uses olive oil, rather than the butter much of the West is accustomed to. In the Middle East oil-based dough is the rule, and it results in a light, crispy-on-the-outside, chewy-on-the-inside pastry. When raw, it’s quite sticky and stretchy. Dipping your fingers in more oil while kneading each pastry round makes it much easier to handle. This also brings out the oil’s flavor.

For the zaatar
INSTRUCTIONS :